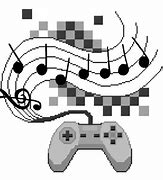 Ya know, the whole point of the Would You Rather is for you to pick one.

I think play any video game. Because pretty much I can already listen to whatever song I want whenever.

Fine I would play any video game

Yeah. Wow that is a tougher one. Then I would actually go with music. Life without music is like not life. I would have to change my answer to the music one. But life without video games would be sad too.

Oh I would go with music then

M-U-S-I-C for sure! Video games can be bad for yer brain and eyes, and music gives more inspiration in/to life!

Same, I play video games and liston to music all the time

yeah, both for me, which video games?

oh, yeah, those are both cool. Do you have a switch?

No, I have a playstation 3 and 4 and a tablet and a smart watch and TWO wiis and 2 tvs

I have that as well…

But I also have Xbox